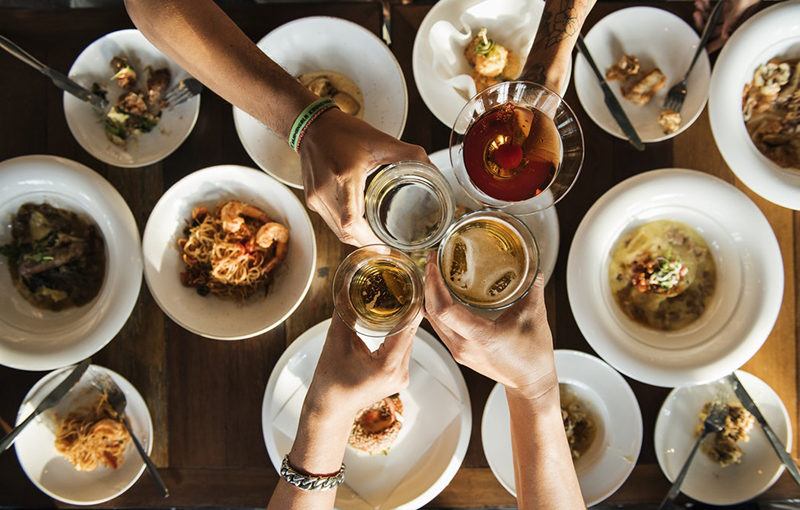 As of today, November 20, 2018 at 12:09 PM EST, Bridgford Foods (NASDAQ:BRID) has 9.08M shares outstanding with a float of 8.79M shares. Bridgford Foods’ yearly revenue of $174M provides them a gross profit of $60.2M. Their current share price is $18.80. BRID is in the Consumer Staples sector and Sausages & other prepared meats industry. 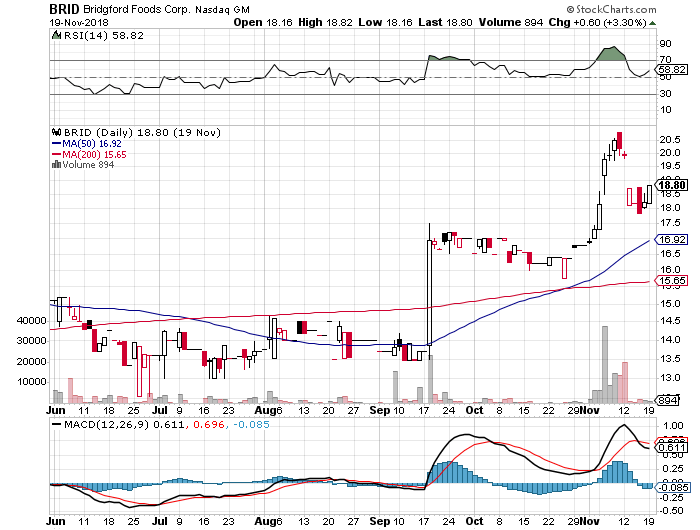 Bridgford Foods Corporation traces its roots back 86 years to 1932, when our founder Hugh H. Bridgford (1908-1992) opened a retail meat market in San Diego, California. Our business first evolved into several retail meat markets, and later to meat wholesaling, frozen food distribution, meat processing and frozen food manufacturing. The Company is now headquartered in Anaheim, California, about four miles from Disneyland. In addition to our bakery operation in Anaheim, the Company has five additional facilities: two in Dallas, Texas, two in Chicago, Illinois and one in Statesville, North Carolina.

Bridgford Foods pioneered the manufacture and sale of frozen bread dough to supermarkets and institutional customers, beginning in 1962. The first products were made at the Anaheim meat-processing facility. Additional frozen bread plants were added in Dallas in 1968 and 1985, and in Statesville, North Carolina in 1996. In 1975, we acquired our Chicago meat processing facility, which has a heavy emphasis on dry and semi-dry sausage, as well as beef jerky.

Bridgford Foods Corporation currently has about 500 employees. Our products are sold in all 50 states, Canada and several overseas markets. The Company’s common stock (9.1 million shares outstanding) is traded on the NASDAQ National Market System under the symbol “BRID.” There are approximately 875 shareholders. Members of the Bridgford family own or control more than 80% of the common stock, and many members of the extended Bridgford family hold key management positions in the Company.

www.bridgford.com
For more details on the company see here.