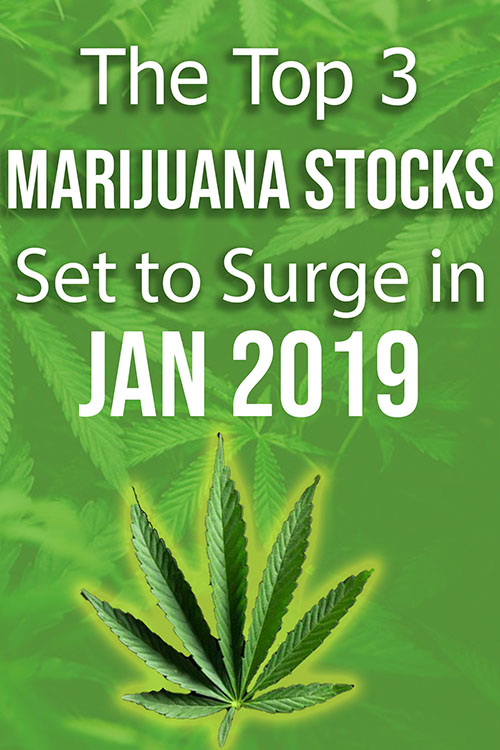 North America is experiencing one of the biggest economic booms in history.

All thanks to marijuana, which has multiple, sizable opportunities.

A growing majority of Americans fully support its legalization, which has led to its decriminalization and the potential for significant cash inflows.

However, even with 62% public support in favor of marijuana legalization, Congress has been slow to make any significant changes to the federal law. That is, until now.

House Rules Committee Chair Jim McGovern (D-Mass.) says the House will see several pieces of marijuana reform legislation by 2019. He’s promising to allow federal lawmakers to debate and vote on marijuana amendments that could change everything.

“Unlike my predecessor, I’m not going to block amendments for marijuana,” he said, as quoted by The Boston Globe. “Citizens are passing ballot initiatives, legislatures are passing laws, and we need to respect that. Federal laws and statutes are way behind. “This just seems like common-sense stuff…”

Adults over 21 will now be able to possess, grow, and use small amounts of pot legally. All will take effect 10 days after the vote has been certified. In fact, many believe it’ll be legal in the state beginning in December 2018.

“The victory in Michigan highlights just how widespread support is for marijuana policy reform,” Steve Hawkins, executive director of the Marijuana Policy Project, said as quoted by Forbes. “This issue does not only enjoy strong support on the coasts, but also in the Midwest and all throughout the country. Marijuana has now been legalized for adult use in one out of every five states and medical use in three out of every five…”

Amendment 2 will impose a 4% tax on sales of medical marijuana. From this, funds will also go to the state’s veterans commission.
There are now 33 U.S. states that have legalized marijuana in some way. Recreational marijuana is now legal in 10, including Washington, D.C. That’s only expected to grow, near-term.

As reported by Canada’s CBC, “Potential supply issues had been predicted. Manitoba Liquor and Lotteries had warned of ‘substantially less cannabis than originally requested,’ and shortages for some products that could last months.”

Part of the reason it’s been running is because it recently announced a supply agreement with the Ontario Cannabis Store — the sole online retail outlet for recreational marijuana in Ontario. It also just secured a recreational cannabis supply agreement with the province of British Columbia. In addition, Cronos has an annual production capacity of about 6,650 kilograms. However, the company is adding a fourth indoor building at its Peace Naturals facility in Ontario that should boost its capacity by 33,500 kilograms per year. Cronos has also partnered with Mucci Farms on a joint venture that will add 70,000 kilograms of annual production. Cronos is also increasing its growing space in Australia and Israel.

Just as we’ve seen with alcohol companies investing in marijuana stocks (Constellation and Canopy Growth) for example, cigarette companies are interested, too

In fact, cigarette maker Altria is in early talks to acquire Cronos, as it seeks to diversity its business. According to CNBC, talks come as the tobacco industry comes under pressure, as sales have begun to sharply decline. Just last year, cigarette smoking fell to its lowest point in history. However, at the same time, the cannabis market is picking up steam. According to CNBC, “Counting both legal and black-market sales, the total demand for pot is approximately $52.5 billion, Marijuana Business Daily has reported.”

That’s not really something a company like Altria can afford to ignore.

Three Ways to Trade the Boom

Khiron is one of the first fully licensed medical cannabis companies in Colombina, and the owner of cultivation and production licenses for both low- and high-THC, which were awarded by the Ministry of Health and Social Protection, and Ministry of Justice.

In recent months, the company announced that the Colombian National Food and Drug Surveillance Institute (INVIMA) just granted the company authorization for the production, sale and export of four additional CBD based products for skin and body care. This now gives Khiron authorization to commercialize eight products, further strengthening its position as a medicinal cannabis first mover in Latin America.

The additional products approved by INVIMA expands Khiron’s portfolio of products operating under its wellness business unit, which aims to target the growing skin care market in Colombia, a market of over CAD 530 Million in annual sales with growth of over 6% per year over the past 5 years,” as reported by Daily Marijuana Observer.

In addition, the company was recently listed on the TSX Venture, and was registered by the Colombian Agricultural Institute (ICA) as an agronomical unit, a mandatory requirement for commercializing medical cannabis products in Colombia for distribution.

“Statistically, the company is impressive. Khiron was the first to market in Colombia’s emerging cannabis industry, a sector which boasts a possible six million medical cannabis patients. According to report, their Phase I facility has a production rate of 8.4 tonnes per year, and their management team comes from both the pharmaceutical and agricultural industries.”

Also, Colombia is on its way to become one of the largest global export leaders in medical marijuana since legislation in the region passed in. At current pace, Colombia could supply 44% of the global demand for medical cannabis, as noted by Andres Lopez, the director of Colombia’s National Drug Fund, as quoted by Medical Marijuana Inc.

CannTrust Holdings (CNTTF) is a licensed producer of medical cannabis in Canada. The company just reported its fifth consecutive quarter of positive earnings with solid growth.

CannTrust is also busy increasing its production capacity to supply the domestic recreational marijuana market. The company expects to be able to grow more than 100,000 kilograms of cannabis per year when all of its expansion efforts are completed. CannTrust has also signed supply agreements for recreational cannabis with three Canadian provinces.

In addition, it has secured recreational marijuana supply agreements with nine of Canada’s 13 provinces and territories. Better yet, it’s opportunity in the global medical marijuana market is quite strong, too. It’s already partnered with generic drug maker Apotex to develop medical cannabis products for international markets. It’s also licensed to produce and sell marijuana in Australia, as well as in Denmark and Germany.

Elixinol is comprised of three main branches: Elixinol LLC, which distributes hemp-based CBD products; Hemp Foods Australia, which manufactures and distributes hemp-derived food products and skin products; and Elixinol Pty, which focuses on CBD-based medical cannabis exports in Australia. Over the next several months, the company hopes to increase its hempbased CBD production capacity, and to increase its sales and marketing efforts — especially in the European market.

With the marijuana boom just getting underway with Canada corporate America, and increased interest in America, the best way to take advantage is by buying under the radar, small cap stocks with the most potential.  We believe the above three have double, if not triple digit return potential moving forward.

This manual is for informational and entertainment purposes only. The author is not an investment adviser, financial adviser, or broker, and the material contained herein is not intended as investment advice. If you wish to obtain personalized investment advice, you should consult with a Certified Financial Planner (CFP). All statements made in this manual are based on the author’s own opinion. Neither the author or the publisher warrants or assume any responsibility for the accuracy of the statements or information contained in this manual, and specifically disclaims the accuracy of any data, including stock prices and stock performance histories. No mention of a particular security or instrument herein constitutes a recommendation to buy or sell that or any security or instrument, nor does it mean that any particular security, instrument, portfolio of securities, transaction or investment strategy is suitable for any specific individual. Neither the author or the publisher, can assess, verify, or guarantee the accuracy, adequacy, or completeness of any information, the suitability or profitability of any particular investment or methodology, or the potential value of any investment or informational source. READERS BEAR THE SOLE RESPONSIBILITY FOR THEIR OWN INVESTMENT DECISIONS. NEITHER THE AUTHOR OR THE PUBLISHER IS RESPONSIBLE FOR ANY LOSSES DUE TO INVESTMENT DECISIONS MADE BASED ON INFORMATION PROVIDED HEREIN. At the time of writing, neither the author or the publisher has a position in any of the stocks mentioned in this manual.